Home » Why Hiring A Pinterest VA Was The Best Decision I Ever Made
**My posts often contain affiliate links. Learn more about what that means here.**

I’m a member of a lot of blogging groups on Facebook, and I’m quite certain I’m not alone.

Many bloggers have had incredible success by promoting their blog posts on Pinterest. Truth be told, I’d say I’ve had great success with that.

But my elevator of Pinterest pageviews hit an abrupt ceiling.

Maybe you can relate. You’ve seen some success with Pinterest, but it’s kind of like riding a wild rollercoaster.

Meanwhile, others are singing the praises of the bloggers who taught them a system that really works.

And frankly, all it does is start to really tick you off. I mean, you and I did all the same things they do.

Created all the new posts. Made all the pretty pins. Joined group boards. Left group boards. Pinned from notifications. Manually pinned. Scheduled pins. All. Of. It.

But not diddly squat happens.

I must have wasted hundreds of dollars on Pinterest courses, classes, ebooks, etc.

I’m not saying that any of them were bad courses. Just that none of them worked for me. I never saw a return on the investment of my time.

Enter the magical world of a knowledgable Pinterest VA.

One day when I was stalking posts in one of my favorite Facebook groups, I saw a recommendation for a Pinterest VA. If you search in any blogging group, you’re sure to find a few posts asking for recommendations for Pinterest VAs.

Now, pretty much anybody can hang a sign on their door and call themselves a Pinterest VA.  So you have to be really careful about hiring someone from a Facebook group.

Then one day, I saw a VA I’d never heard of who was recommended by a blogger I respected.

You have to do some due diligence before trusting someone with something as important as your pageviews. And I want to see a recommendation from a blogger who is farther along than I am. Someone who has more page views, has more followers, etc.

In this case, I also went to look at that blogger’s Pinterest account…see how many followers she had and take a look at the content she was pinning. And I was impressed.

So I started talking to her VA and I really liked her because she has her own strategy and was willing to sort out what is working for my account and what is not. She has a method, she’s focused on slow and steady growth, and she can even create new pins for me. #hired

Y’all, it was seriously one of the happiest days of my life when I didn’t have to log in to Pinterest and try to finagle some pageviews.

It’s worth mentioning, and I know you’re wondering … it is kind of expensive. This isn’t a VA that I pay a few bucks an hour. She costs several hundred dollars per month.

But I have to say that I feel zero remorse every time I send her a payment.

And it’s amazing. It’s the best blogging decision I’ve ever made.

I really think I have some kind of bad juju with my account. Whenever I touch it pageviews plummet. Seriously, I’m not kidding.

A few weeks ago, I decided to try out a pinning technique that I read in a FB group. I thought I’d just supplement what she’s doing by adding just a couple of pins for a couple of days.

Initially, the traffic went up, but then it tanked. Like tanked.

So I vowed not to touch it again.

I know. You think I’m crazy. But this was not an isolated incident. This has happened many many times….try a new technique, have minor initial success, then it falls off a cliff.

Maybe it’s the fact that I keep trying new techniques instead of focusing on a slow steady path. I don’t know. I don’t have the patience for implementing a slow and steady technique.

Before I had my VA, Pinterest had become a dreaded chore for me. It was like a heavy weight on my mind.

Now I don’t have to worry about my account. It’s gaining hundreds of followers per week, and traffic from Pinterest is up 35%.

And I’ve been able to focus on other things…like building sales funnels, making new products, and working on SEO which is up over 3000%. All in all, in 2018 I was able to triple my income. Not too shabby.

If I’d had to trudge through the tedious task of keeping up with Pinterest, I’m not sure I would continue blogging. I hated it that much.

I believe successful people can identify when they are their own weakness in their business.

And it’s important to search out people you can hire to fill in the blanks so you can focus on doing what you are good at.

Some people just get Pinterest, and that’s not something that everyone needs to spend their time worrying over.

Some people love doing Pinterest and can make a lot of money running other people’s accounts.

And to those people I’m pleased to say, here is my money. Thank you very much.

My Favorite Podcasts For Online Entrepreneurs
Next Post: How To Make Affiliate Sales Without Selling Anything 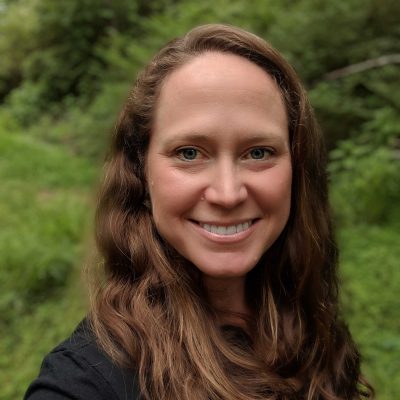